Get Your Passport Now 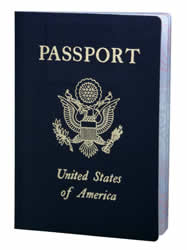 If you live in the U.S., and don’t have a passport yet, or the one you have is expired or about to expire, new rules are about to take effect starting January 23 that will make it harder to travel anywhere without it… so if you’re thinking of going *anywhere* outside the country, you should check this out.

The the new rules apply to all travelers entering or re-entering the United States from Canada, Mexico, Central and South America, the Caribbean, and Bermuda. Travel between the U.S. and U.S. territories, such as Puerto Rico and the U.S. Virgin Islands, will not be affected.

Starting January 23, 2007, all air travelers entering the U.S. will be required to have passports — including U.S. citizens returning to the U.S. by air from throughout the Western Hemisphere. This new requirement includes Canadians, Americans and others who have previously been exempt from having to carry a passport to enter or re-enter the U.S.

For those traveling by land or sea, there is a little more time. No exact date is set but passports will be required for sea travelers or cruise passengers entering or re-entering the U.S. sometime after January 1, 2008, and before June 1, 2009. A passport or other qualified travel document will be required at all land border ports-of-entry by the same date.

The passport application fee is $97. First-time passport applicants need to apply in person, usually at a post office or other federal facility. Expect six weeks for processing, or pay extra for two-week “expedited” service. It will last for 10 years. Renewals can be done by mail.