How eco-travel helps save the world 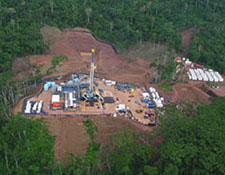 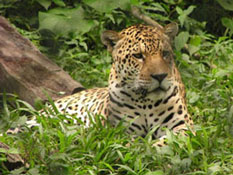 Sure, we all love to travel, and see new places, meet new people, for the intrinsic pleasure of it all. But does eco-travel really have any power to make the world a better place? I think it does, and today’s headline from Environmental News Service is a good illustration of how that works. Here it is:

Half the Peruvian Amazon Leased for Petroleum Development
WASHINGTON, DC, December 4, 2006 (ENS) – Conservation groups based in Washington warned today that the Peruvian government is signing so many contracts with multinational oil companies that half the rainforest of the Peruvian Amazon is now covered with oil leases. (Click here for the full story.)

So far, two things have proved effective against the oil-lease tide — the creation of National Parks, and the protests of the native Achuar people, who live in isolation in the rain forest. In October, about 800 of the tribe blockaded an oil field to protest the pollution and destruction of their forest. They won concessions from the company, which promised to clean up its mess and compensate the tribe by building a new hospital.

Now some members of the tribe have taken their story on the road, travelling the U.S. in search of support for their cause. They want to keep the oil industry out of their rainforest territories. They want help from the U.N. — which just last week failed to adopt a “UN Declaration on the Rights of Indigenous Peoples.” The declaration would recognize their right of self-determination, including secure access to lands and resources essential for their survival and welfare. The failure to adopt was deplored by Amnesty International and other human-rights groups.

Why is that a problem? Because, as Gregor MacLennan, of Shinai, an NGO that works with indigenous people in Peru, told The Guardian: “The problem is that petrol companies think they can go to the jungle, act how they like, cover up any spills with mud, and be pretty sure that no one’s ever going to find out what happened — and that no one really cares enough about the people that live there to invest some money and do something about it.”

And what does all this have to do with eco-travel?

Because the more of us — the people who live in parts of the world where we can browse the Internet and plan to travel abroad — who go to these places, and meet these people, and see these forests, the more people there are who know what’s going on and care about it, the better the chances that it won’t all go to ruin, haplessly and irreversibly, before anyone even realizes what’s been lost. And the more of us who travel, and marvel at nature, and support sustainable tourism, the more incentive there is for governments to designate parks and protected areas.

More info:
The Achuars’ protest, as told by The Guardian.
A press release about the tribes’ visit to the US.
The tribes’ Web site.
A guide to Peru’s National Parks and protected areas.