The Return of the Wolf to Yellowstone National Park 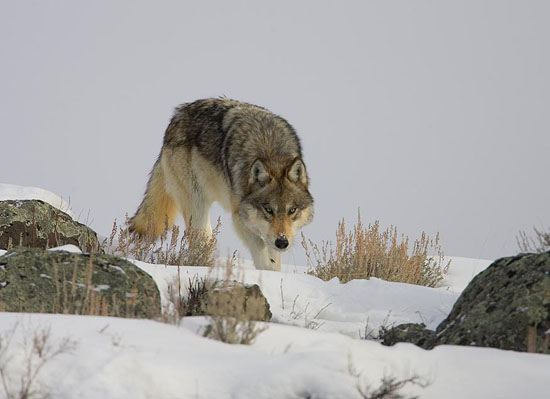 A few nights ago a programme called Strange Days, televised by Planet Earth TV, discussed what happens to an environment when predators are removed. The documentary makers found that when natural predators are left to flourish so too does an ecosystem.

A problem was highlighted in Yellowstone National Park. Local researchers studying the native aspen trees, which once densely populated the area, found there had been no new growth for around 70 years. On further investigation they thought it was something to do with the mass cull of over 100,000 native wolves, killed because they were taking livestock and getting too close too humans.

Without professing to be an expert on the matter, surely if people decide to build a ranch on the edge of a thriving National Park it means that they will no doubt be visited by its inhabitants at some point, especially if they have a fondness for flesh, after all, they know no boundaries. But for people to complain and cull because native predators do what is only natural to them in their habitat is quite astonishing. It’s akin to pitching a tent in your neighbours lawn and then shooting them when they get too close because they’re on your land. Doesn’t really make sense, but I digress.

The Yellowstone wolves were hunted almost to extinction, like so many species that get in the way of human progression and expansion.

Breakdown of an Ecosystem

Because there were fewer wolves, elk numbers increased. They freely roamed the plains devouring new tree shoots and grass and flowers on river banks. The loss of trees and shrubs opened the door to significant stream erosion and left little vegetation for beavers to build their homes which meant their numbers declined. Food webs broke down and the chain of effects rippled through birds, insects, fish and other plant and animal species.

Return to a Natural Order 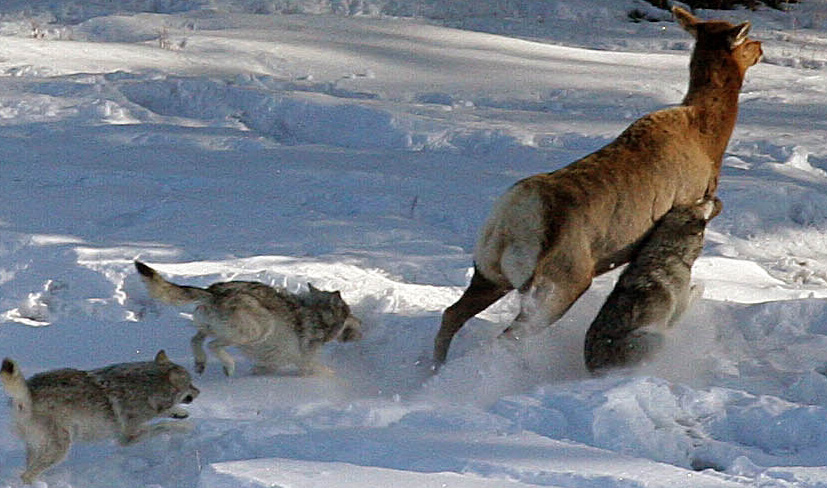 Researchers then transferred a number of wolves from Alaska in an attempt to repopulate Yellowstone and found much of the flora and fauna quickly rejuvenated – when a wolf chases and kills an elk the pack will gorge to their fill leaving the carcass for smaller animals and birds to feast on; whatever is left nourishes the soil. The antelope avoid open areas where the wolves can easily attack giving new tree shoots and river banks a chance to grow providing the vegetation needed for beavers to build dams and birds to nest.

Reintroducing the wolf to Yellowstone saw a return to the natural order. Now, for the first time in 50 years, the aspen trees are growing.

“This is really exciting, and it’s great news for Yellowstone,” said William Ripple, a professor in the OSU College of Forestry. “We’ve seen some recovery of willows and cottonwood, but this is the first time we can document significant aspen growth, a tree species in decline all over the West. We’ve waited a long time to see this, but now we’re optimistic that things may be on the right track.”

So it seems the world needs predators to keep things in balance. At Yellowstone even the elk population is thriving since the return of the wolves. If only the biggest predator of all would calm down and learn that culling species for their own gain, be it wolves or whales, will result in very little left to kill eventually – and then what would happen?