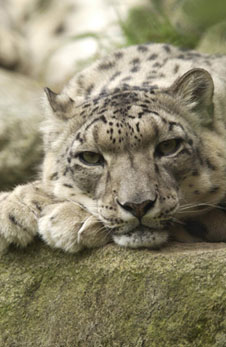 The boutique Snow Leopard Vodka has announced it will be funding two new conservation projects in conjunction with the International Snow Leopard Trust of Seattle, USA.

The second project will take place in Mongolia where locals will be taught the importance of protecting the snow leopard instead of seeing it as a threat. This is key to the animal’s survival.

Snow Leopard Vodka have provided enough money to recruit and train a village about economic enhancement enterprise which will work by adding value to the community’s main resource, wool. The Snow Leopard Trust will also buy their raw wool and handicarfts directly and make sure they are sold to speciality traders around the world which will increase the villager’s incomes quite considerably enabling them to send the kids to school and buy more food and medicene. In return the families protect the snow leopards

Sue Brodie, Chair of Trustees of the Snow Leopard Trust UK says, “A big thank you to Snow Leopard vodka who not only share our beliefs and passion for community based conservation being the key to the survival of one of the world’s most beautiful creatures, but who are materially contributing to the cat’s survival. This funding from Snow Leopard vodka is allowing us to start conservation projects we simply would not be able to do without their help”.

Plans for a third project are under way in Northern India. Focus will be on eliminating retribution killings by farmers whose livestock has been taken by the snow leopard and teaching them to protect the animal instead.

The Trust intends to provide the local community with funds to compensate herders for their cattle and will fund a livestock vaccination programme to avoid farmers losing their stock to disease.