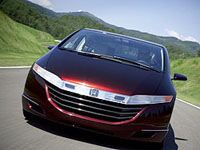 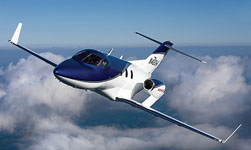 If you’re ready for the post-gasoline world, Honda Motor Company is almost ready to sell you a fuel-cell car, powered by hydrogen. This feisty company demonstrated the new vehicle this week, and they say it will be on the market by 2008. It operates with an energy efficiency of around 60 percent — that’s about three times better than a gasoline-powered vehicle and twice as efficient as a hybrid vehicle.

To be honest, I’ve never much noticed car companies, and they could all be the same, as far as I know. But I’ve gotten a bit more familiar with the Honda culture the last couple of years since they put their first jet aircraft on the market. This is a company that likes to engineer new products and they like to get it right. So their fuel-cell car should be worth a look.

Hydrogen is not likely to be a panacea for our energy problems, though. It requires a lot of energy to produce, and there are issues about supply and delivery. The engines emit water vapor, which sounds benign enough, but that depends on where it ends up and how much of it there is. Still, it seems to me like at least a step in the right direction.