There’s More than One Way to Travel Green 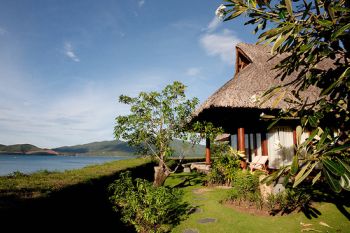 Not too long ago, the idea of ecotourism was one that required lots of explaining. It’s increasingly the “cool” thing to do (depending on which circles you run in, of course), and has become far more mainstream in the last decade. Still, however, there are assumptions made about ecotravel by people who know little about it. Perhaps the most common assumption is that ecotravel is far more expensive than any other kind of travel.

As is often the case with assumptions, there’s a bit of truth to this one – and quite a bit of falsehood.

There are so many ways to be an eco-tourist that it’s crazy to think that every single method of ecotravel would be extremely expensive. For instance, simply by taking light rail or walking when you’re visiting a new place instead of renting a car or taking taxis is an eco-friendly travel decision. It may be a small example, but all it takes is a series of small eco-conscious examples to make a difference.

While buying carbon offsets or booking an all-inclusive eco-resort trip might be beyond the reach of a shoestring traveler, these aren’t the only ways to travel green. Rather than avoiding international flights because they require so much fuel, try to take direct flights instead of flying indirect routes. Most fuel is expended during take-off and landing, so direct flights use less fuel. As another author on WhyGo EcoTourism once noted, planes are mass transit, and that plane is going to be making the journey with or without you. Doing what you can to minimize your impact on the world in as many other ways as possible makes the few flights most of us take per year a small thing in comparison.

As for those high-end eco-resorts, they are no doubt worth every penny people pay for them – but if you’re traveling on a budget, that doesn’t mean you have to be unkind to the environment, either. By choosing places where your money goes further, you can afford to stay in more eco-conscious places – such as the eco-friendly hotels in Bali, which can sometimes be had for a fraction of what you’d pay in some other places. Not only that, you can choose alternate accommodation options that are generally more eco-friendly even if that’s not what they call themselves. Joining forces with friends and renting an apartment or bunking with other travelers in a hostel encourages pooling resources, which saves both money and (often) the environment along the way.