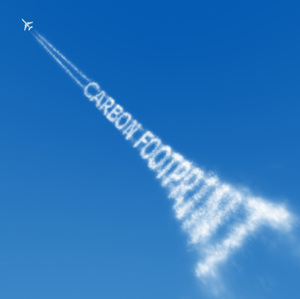 Initially, when carbon offsetting first came on the scene it was awarded great praise and people concerned about the environment jumped at the idea. Paying a small amount towards regeneration and renewable sources seemed not too much to ask. In a way it put people’s mind at rest that they could continue their lifestyle while being able to compensate for a growing carbon footprint.

What’s the problem with carbon offsetting?

Now, it’s a different story, people aren’t quite so ready to part with their cash because since the beginning of the carbon offsetting craze the number of companies claiming to be able to offset emissions has grown exponentially and quotes for offsets can vary widely, so how can we trust them to do what they say they’re going to do with our money?

Obviously there are a number of carbon offsetting businesses that are genuine, are trustworthy and really do seem to care about what happens to the environment, so in short, it comes down to a question of trust.

Is it not the same level of trust we tend to give recycling companies? Over the past few years it has been revealed that some unscrupulous councils/companies take recycling straight to normal waste landfill or pack it in to sea freights to be shipped off to Asia to sit on mass waste sites there, but has this revelation stopped recycling?

There are a large group of people who don’t think regeneration should take place at all. They think it’s just a way of avoiding the real issues. So, instead of forking out cash for carbon offsets this group thinks it would be much better to reduce the number of flights scheduled per day or cap the size of our ever-expanding airports. And instead of planting new trees to replace the oxygen used by carbon, there should be more of an effort to stop logging the trees that already exist or boycott using wood from deforested areas.

Carbon Offsetting That’s Right For You

Inevitably, whether travellers opt for carbon offsetting is up to them but it should not be seen as mandatory. It is up to every individual to weigh up the pros and cons according to what they think is right. Whether that’s taking a risk with an offsetting company and having the peace of mind that they’re doing the best they can for the environment, sitting back quite contented that they’re choosing to do nothing (although this option isn’t recommended for those with a conscious) or thoroughly researching alternative methods of offsetting without having to pay big companies a single dime; the choice is yours.