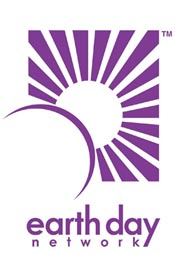 The reaction to Earth Hour was much more than organisers envisaged. In Chicago, 840,000 pounds of carbon dioxide were kept out of the atmosphere, in Toronto energy consumption reduced by 8.7% and in Melbourne, Australia, there was an impressive 10.1% drop in energy use. Next year is set to be much bigger but for those who missed out on Earth Hour, for whatever reason, here’s another chance to go green.

On April 22, 2008 the world will celebrate Earth Day… again (The United Nations celebrates Earth Day on March 21, the Vernal Equinox – beginning of spring). The idea started in 1970 to remind people that they need to consider how their everyday actions affect the environment. Now, almost 40 years later, Earth Day is fighting just as hard to make people recognise their impact on the planet.

Various events are planned around the world but just like Earth Hour you don’t need to attend an event to take part; you can do your own thing to mark the occasion in your own way.

Here’s what’s going on in a few places around the world:

BYO Blue
BYOBlue are encouraging everyone to wear Blue on Earth Day to signify a vote for NO COAL.

Iron Horse Vineyards
This Californian winery in Sebastopol are holding an Eat, Drink & Be Green Festival with an extremely impressive line-up.

Earth Day at Downsview Park
Downsview Park in Toronto, Canada is holding an environmentally-friendly event for the whole family, come rain or shine.

Planeta calls for photographers
Ecotourism website Planeta invites photographers to share photos of eco-friendly food and city parks on Flickr as part of this year’s celebrations.

Let me know what you get up to.

NB: Many of the events are on the weekend before April 22 as it falls on a Tuesday.